How to enjoy the magic of 'Hamilton' without Disney+

Image: Lin-Manuel Miranda and Nevis Productions LLC By Adam Rosenberg2020-07-04 19:20:39 UTC Hamilton is here for Disney+ subscribers. Thanks to the COViD-19 pandemic, Broadway will remain shut down through at least the beginning of 2021. But... 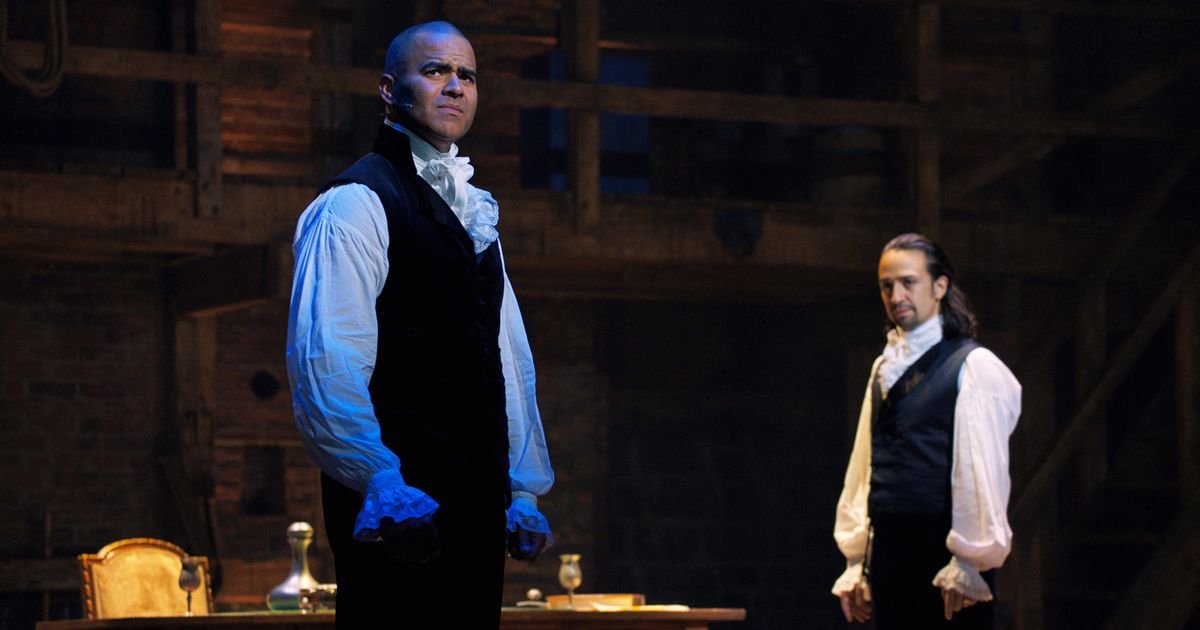 Hamilton is here for Disney+ subscribers.

Thanks to the COViD-19 pandemic, Broadway will remain shut down through at least the beginning of 2021. But theater fans who subscribe to Disney+ received a gift on Friday in the form of a filmed version of Hamilton from 2016, featuring the original cast.

It's great, and really a top reason to be a Disney+ subscriber at this point. In the more than five years since Hamilton premiered, the only ways to experience the show have been the Original Cast Recording or nabbing a ticket – not cheap, and not always easy – for the live show. So this movie brings the show to a whole new audience.

It's not the only way to experience the excellence of Hamilton, though. There's a treasure trove of videos on YouTube that have surfaced over the years giving a glimpse at Lin-Manuel Miranda's creation. So while you'll need Disney+ to really experience the full show, these videos have tided over fans for many years as we've waited and hoped for a movie release.

1. LMM at the White House

This is the only place you should realistically start. Miranda had already found Broadway success in 2009 when he took a trip to Barack Obama's White House for an "Evening of Poetry, Music, and Spoken Word" on May 12, 2009. It was there that he debuted his wacky idea for a hip hop concept album about one of the USA's Founding Fathers.

The crowd response to Miranda's embryonic version of the title song, "Alexander Hamilton," says so much. Listen to how people chuckle when he pitches the concept for his future Broadway hit. Can you even imagine someone laughing at the basic premise of Hamilton now?

2. Don't call it a comeback

In 2016, at the tail end of the Obama presidency, Miranda returned to the White House for another performance of Hamilton's title song. Only this time he was accompanied by the cast of what by then had become a Broadway sensation.

It's fascinating to watch this video back-to-back with the other one and see how the music evolved, both as Miranda's idea took the form of a stage play and as a cast of performers were added to the mix. This is the same original cast featured in the Disney+ movie and they are predictably great.

How about the time Miranda appeared on the UK talk show, The Graham Norton Show, and dropped his opening verse from "My Shot," one of the show's standout numbers.

In his chat with Norton, Miranda talks about returning  to Hamilton years after leaving the cast for a performance in Puerto Rico, to help with the Hurricane Maria recovery in 2017. He tells Norton that "My Shot" is "the biggest ... meal in terms of lyrics, and if you can get through that, you've got the show." Then he launches into his verse, completely unaccompanied by music, and nails it.

The Graham Norton clip is a fun and revealing look behind the scenes, but it might leave you wanting. Fortunately, you don't have to look too far. We're back to the 2016 White House performance, which featured multiple songs from the show – including this excellent rendition of "My Shot."

Miranda paid a visit to James Corden's Carpool Karoake in 2016 on the eve of the 70th Annual Tony Awards, where Hamilton received a record 16 nominations and went home with 11 wins. The two are eventually joined by some other Broadway greats, but the ride begins with a too-brief snippet of Miranda and Corden singing along to "Right Hand Man."

Back in the early days of Hamilton, Miranda and other castmembers used to deliver free performances outside the Richard Rodgers Theater, mostly for the benefit of people waiting and hoping to score front-row seats via the Hamilton Lottery. That was eventually reborn online as #Ham4Ham (which is what the street performances were called). In this episode, Miranda is joined by Aaron Burr actor Leslie Odom, Jr. and new company member (at the time) Karla Garcia, the cast's first Filipino member. In this performance of "Ten Duel Commandments" the English-language lyrics are interspersed with phrases in Tagalog, one of the major languages in the Philippines.

(There's a whole collection of #Ham4Ham performances that are all worth your time if you desperately need a Hamilton fix.)

To celebrate the imminent Disney+ release of Hamilton, the show's original cast reassembled for a socially distanced performance of the song "Helpless" on The Tonight Show with Jimmy Fallon. It's superb. A great addition to the collection of Hamilton things you can watch without experiencing the show in full.

Yup, we're back to the White House. The same day that brought us the "My Shot" performance above also gave us Miranda's uplifting duet with George Washington actor Christopher Jackson. No other explanation needed, really. This is a Hamilton number performed by two of the most electrifying original cast members.

9. A different room where it happened

Odom did a free public jazz show some time ago at New York City's Time Warner Center. One of the songs that appeared on his set list was a decidedly jazzy take on Hamilton hit "The Room Where It Happens" and one lucky attendee was kind enough to record that performance for all to see.

10. The most wholesome "Alexander Hamilton" performance

Another gift from the pre-Disney+ release press tour. A little girl named Aubrey didn't get to see Hamilton on Broadway because of the pandemic. So as a surprise on his YouTube series "Some Good News," host John Krasinski got key members of the original cast to deliver a Zoom rendition of "Alexander Hamilton." It's not quite as polished as the "Helpless" performance, but the delight on Aubrey's face as the music unfolds makes this video a million times better.

'Groundhog Day' gets a rom-com twist in Lonely Island's...

Please enjoy 100 of the most satisfying hydraulic press...

Google launches 'SOS Alert' with WHO in response to the...

Snag this portable steam inhaler ahead of allergy season

Reddit partners with Crisis Text Line to give users mental...

6 of the best fitness trackers in the UK

Beats Solo Pro headphones are beautiful and on sale for...

The concept for Vivo's new Apex phone has zero ports and...