By Shannon Connellan2020-01-23 11:23:24 UTC [embedded content] Watching two of the world's most articulate, confident comedy stars talk about anxiety might give anyone who regularly experiences it a feeling of glorious camaraderie. John Mulaney... 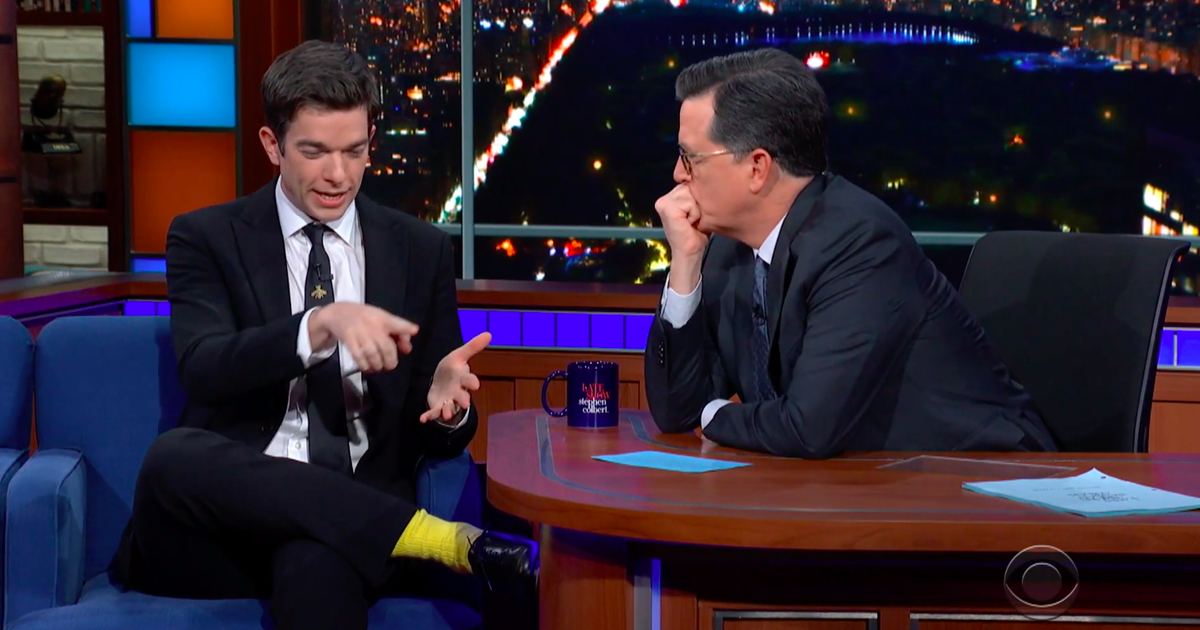 Watching two of the world's most articulate, confident comedy stars talk about anxiety might give anyone who regularly experiences it a feeling of glorious camaraderie.

John Mulaney and Stephen Colbert had a frank, wonderfully honest conversation about it on The Late Show Thursday. What starts as a delightful but nonetheless standard interview about the comedian's latest Netflix release, John Mulaney and the Sack Lunch Bunch, at around five minutes in takes a wonderful turn when the topic of anxiety comes up after this incredibly poignant comment from Mulaney:

"If there's a hell, I think it's an encyclopedia and you can just look up what everyone in your life thought about you. And if there is a heaven, it's a Wikipedia, and you can just change that."

Mulaney mentioned he experienced a lot of anxiety, and discussed the concept of needing to be liked. "From an early age, I tried to be funny for the adults," said Mulaney. "I think I thought and feel still that I have to provide that in order for people to like me."

He then put the question of approval-seeking to Colbert, asking about his own process of dealing with going from being in the public eye to "those 4 a.m. moments" after The Late Show finishes and he gets to the "coming home and facing Stephen in the mirror" bit.

"I have gotten to a place," explained Colbert, "that I don't want a lot from the audience other than to make them laugh and to make a connection that my internal anxieties, as I express them externally through the joke, when it makes them laugh I have the sense of camaraderie and community that I'm not crazy to feel this way because they wouldn't laugh unless they recognised it in somebody else. And it might be the anxiety about life or death or about what happened today in the news."

9 of the best flower delivery services for Valentine's Day

Best sex toys for women: Take pleasure into your own hands

Lyft will offer free rides for voters during the 2020 primaries