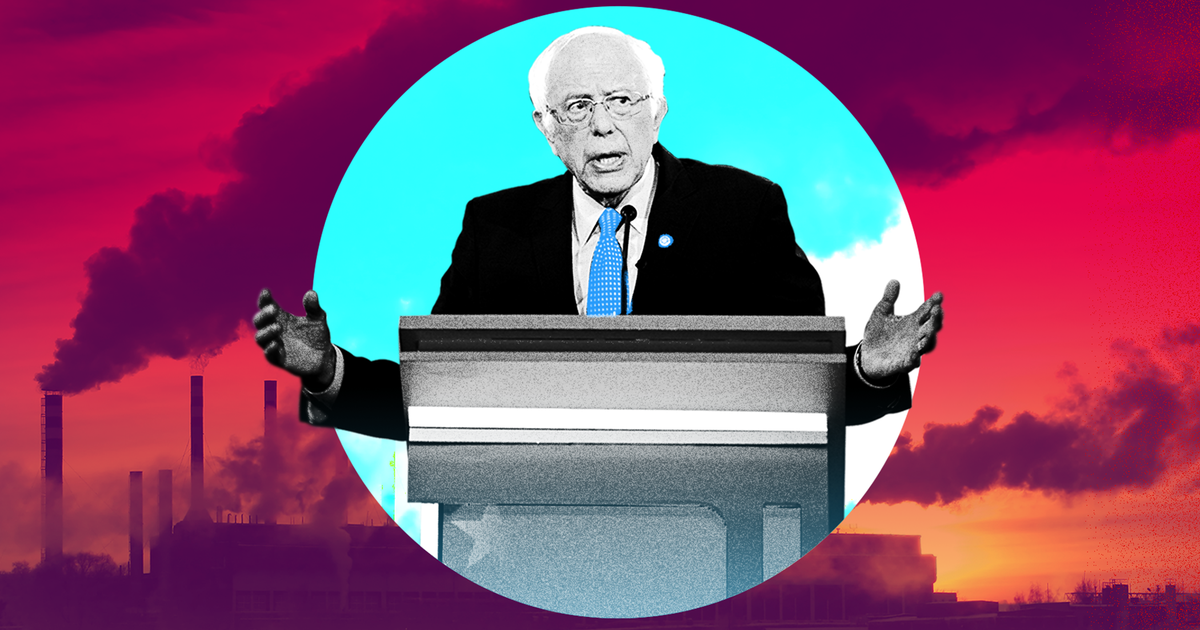 So far in short-lived 2020, Antarctic scientists measured warm waters eating away at the planet's most threatening glacier, Earth experienced its warmest January in over 140 years of record-keeping, and the Australian Navy rescued 1,000 residents trapped by the nation's historic, climate-enhanced fires.

Senator Bernie Sanders has an ambitious, though imperfect, plan to help slash Earth's skyrocketing carbon emissions. President Donald Trump, meanwhile, appointed a non-climate scientist to the National Security Council who incorrectly claimed Earth's plants are in dire need of more CO2, directed his administration to officially leave the world's climate change agreement in November, and got owned by Captain America when he childishly tweeted that the inevitable presence of winter means the planet isn't warming.

Yet Washington Post opinion columnist Fred Hiatt has chosen to write to the paper's massive audience that Sanders and Trump "both reject the reality of climate change." You may ask, Did the PR arm of a powerful oil company write this? No, but almost. The column is buttressed by a conversation with the CEO of one of the world's largest fossil fuel companies (Total). It argues that Sanders' climate plan is "fantasy extremism," largely because it doesn't rely on less-aggressive carbon taxes to curb human-caused warming.

This argument, however, is critically flawed. It's unpleasant to hear, but avoiding the worst consequences of a heating planet (a planet that warms by more than 1.5 degrees Celsius, or 2.7 Fahrenheit, above 19th-Century levels) will indeed require widespread, extreme measures. "Limiting warming to 1.5 C is possible within the laws of chemistry and physics but doing so would require unprecedented changes," U.N. climate scientist Jim Skea said in 2018.

So while it's true Sanders' $16 trillion framework (and Democratic plans similar to it) is extremely ambitious, it grasps what's required to radically transform how we power our vehicles, homes, and economy.

"This kind of ambition gets us into the ballpark that’s commensurate with the scale of the challenge," Max Boykoff, the director of the Center for Science and Technology Policy Research at the University of Colorado Boulder, told Mashable last year.

Take, for example, wind and solar energy in the United States. Since 2008, 90 percent of the nation's wind and solar has come online. While an admirable achievement, this only accounts for around 10 percent of electricity produced in the U.S. today. Sanders' plan wants to ramp this up to 100 percent in a decade's time. Unprecedented, yes. But U.N. scientists emphasize that to stay on track for largely eliminating carbon emissions (attaining "net zero") by 2050, civilization's emissions must plummet by 45 percent from 2010 levels by 2030.

Is it a "rejection of climate change" to strive for the unparalleled carbon cuts as called for by the United Nations, the world's leading intergovernmental organization? Not nearly.

Sanders' climate plan may be easy to attack in an Op-Ed because it's bold, far-reaching — and imperfect.

For example, Hiatt criticized Sanders desire to ban fracking for natural gas, which Hiatt argues can be a credible "transition fuel" from coal (fracking means injecting a high-pressure mixture of water, sand, and chemicals into the ground to break open hard-to-reach pockets of fossil fuels). Sanders wouldn't be able to ban fracking, as no president can legally ban fracking on the private land where some 77 percent of fracking occurs. But at least Sanders doesn't support more fracking on public, federal land — a place where a president can prohibit more drilling.

Natural gas, which leaks in prodigious amounts from fracking sites and is 84 times more potent than carbon dioxide over 20 years, is clearly not a climate savior nor a dependable "transition fuel" that can be relied on in the decades ahead. Yet, natural gas is now the largest electricity source in the nation. It's certainly not going away anytime soon, but Sanders aims to speed up the replacement of natural gas with renewables.

The nuclear component of Sanders' plan might be misguided (some will argue it's not), but this is a framework for slashing carbon emissions — it's not a congressional bill that's set in stone. And it certainly doesn't compare to Trump's anemic efforts to combat a heating planet, which amount to infantile jokes on Twitter.

In many ways, Sanders' plan does take a hard look at reality. The leading contributor of greenhouse gas emissions in the U.S. is the transportation sector, and Sanders' plan acknowledges the public must ditch fuel-guzzling cars to cut emissions from vehicles. But electric vehicle adoption in the U.S. has been disappointingly slow, as EVs only make up about 1.8 percent of cars purchased in the U.S. today. Sanders plan, in addition to helping low- and moderate-income Americans afford EVs, plans for a "nationwide electric vehicle charging infrastructure."

This is downright logical. A leading reason (if not the number one reason) why Americans don't buy electric cars is because there aren't enough "electric gas stations" for longer-range trips. The need for charging stations is so apparent, two Democrats recently introduced a bill to create such an ambitious, electrified infrastructure.

Any bold rapid climate transition will cost billions of dollars. Sanders' plan explains some ways he would pay for his plan (cutting billions of dollars in fossil fuel subsidies and tax revenue from millions of new green energy jobs). But, remember, the U.S. readily allocates money towards dysfunctional, trillion-dollar fighter jet programs and millions on decadent crab dinners — why not instead spend capital fending off the continued destabilization of the climate?

Rapidly slashing carbon emissions in the U.S. will not solve all the globe's carbon woes, especially as more people in other countries can afford their right to the simple, taken-for-granted, life-improving technologies of the Western world, like refrigeration and electricity. This may create more carbon emissions in places, but at least the U.S. — the second biggest carbon emitter on Earth and the largest historical carbon polluter overall — can dramatically do its part.

Perhaps the U.S. can even show some robust global climate leadership, something it has failed to do under the Trump administration.

Already, the planet is likely to warm well above 1.5 C in the coming decades. But with a climate plan that champions slashing emissions, even if it's imperfect or unsettles columnists, future civilization may be spared the catastrophic impacts of a warming globe.

Motera was filled to capacity but many people at Sabarmati bank couldn’t catch a...

'Tiger King' memes are a small joy during a hard time

SpaceX will take more rich space tourists to the International...

The best laptops for kids in the UK

What to do when you can't sleep

10 survival tools you'll need for all your outdoor adventures

6 travel apps to make your next flight better