By Amanda Yeo2020-04-03 05:31:07 UTC [embedded content] This week the global number of confirmed coronavirus cases climbed toward one million, with the U.S. accounting for the highest number of infections in the world. As Late Night host Seth... 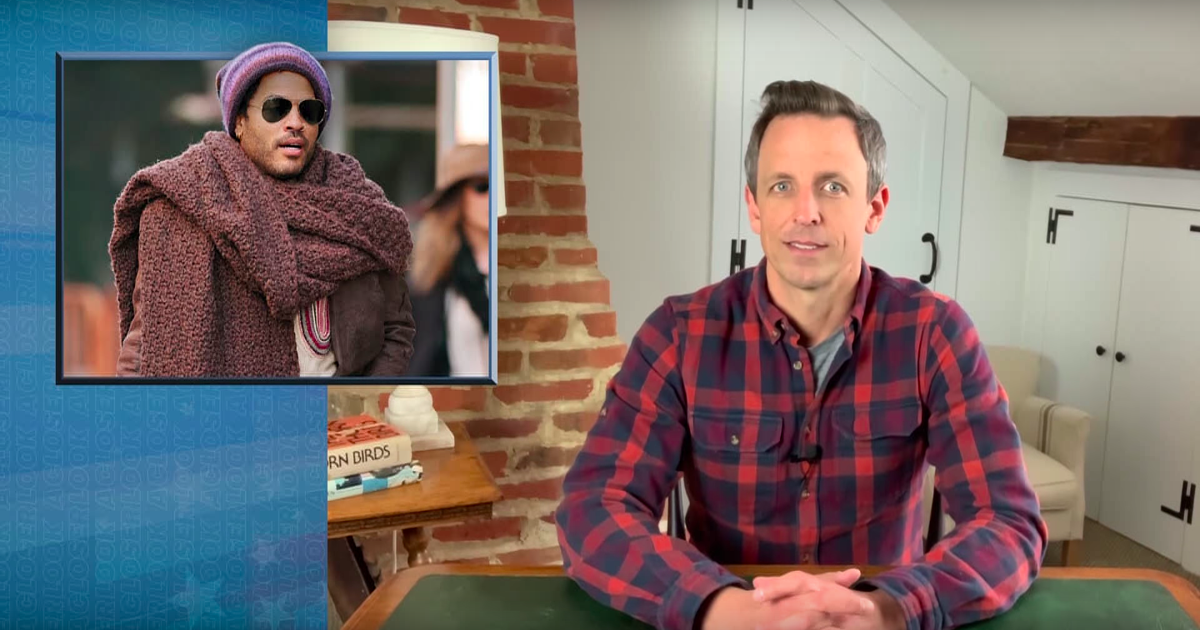 This week the global number of confirmed coronavirus cases climbed toward one million, with the U.S. accounting for the highest number of infections in the world. As Late Night host Seth Meyers noted on Thursday, other countries such as Taiwan and South Korea have been much more successful at slowing the spread, their governments executing quick and decisive plans to minimise infections.

"Oh great, so now the president is Martha Stewart," quipped Meyers, recording from the confines of his home. "'Using a blanket, a bike helmet, and some Saran Wrap, you can make your own hazmat suit, homemade. Pretty great.'"

Meyers also noted Trump stated on a Monday phone call that he hadn't heard the U.S. had any problems testing for COVID-19, the disease caused by the coronavirus. This is despite testing issues being a very widely known, prominently reported problem in the U.S.

"If you haven't heard about testing being a problem, then you need to get tested to see if you have a problem," said Meyers.

Adam Sandler's new song is a hilarious tribute to doctors, nurses, and being sick...

Simple digital strategies to take your business to the...

The top-selling smartphones of 2019 are almost all Apple...

If you frequently throw out food that's gone bad, you need...

Streaming films are eligible for next year's Academy Awards...

How to use WhatsApp Web: A complete guide

Jon FavreauAlong the same lines, Jon Favreau has been a pivotal pillar in Lucasfilm’s...

Superheroes and comic book characters have entertained the public for decades, usually...