By: Express News Service | Mumbai, Pune | Published: April 22, 2020 10:20:20 pm Kapil and Dheeraj had been on the run after they were named as accused in a multi-crore scam connected to Yes Bank, being probed both by CBI and ED. (File photo)... 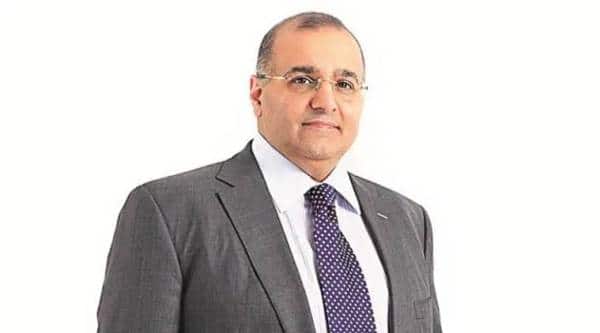 Kapil and Dheeraj had been on the run after they were named as accused in a multi-crore scam connected to Yes Bank, being probed both by CBI and ED. (File photo)

The Satara district police has written to the Central Bureau of Investigation (CBI) and the Enforcement Directorate (ED) to make logistical arrangements for 23 people, including Kapil and Dheeraj Wadhawan and their family members, as their institutional quarantine at Panchgani ended on Wednesday. However, due to restrictions imposed by courts, both agencies could not take their custody.

Home Minister Anil Deshmukh on Wednesday shared on Twitter the letters written to ED and CBI by Satara SP Tejaswi Satpute on April 17. The letter, while mentioning that the quarantine period of the 23 people will be over on April 22, said that needful logistical arrangement should be made for them.

The Wadhawans and their staff were quarantined on April 9 at Panchgani after they travelled to adjacent hill station Mahabaleshwar from Khandala, by crossing closed district borders in violation of the nationwide lockdown, with the help of a letter issued by then principal secretary (Home) Amitabh Gupta. The letter by Gupta had said that Wadhawans are his family friends and were going to Mahabaleshwar due to a family emergency. Kapil and Dheeraj had been on the run after they were named as accused in a multi-crore scam connected to Yes Bank, being probed both by CBI and ED.

When contacted, Satpute said, “Their 14-day quarantine ends on Wednesday but they will be released on Thursday because we are counting April 9 and April 22 as the first and 14th day (of quarantine). We have received no communication about the arrest of the Wadhawan brothers as of now. Upon their release on Thursday, they will be questioned for the criminal offence registered against them by Satara police for violation of the lockdown.”

However, late Wednesday, Inspector General of Police for Kolhapur Range, Suhas Warke, said: “After the completion of 14-day institutional quarantine, the 23 people would be ordered to be in home quarantine in all likelihood.”

On Wednesday, Kapil and Dheeraj moved anticipatory bail pleas before a special court. The court directed the ED not to take any coercive action till Thursday and file a reply by then. Also, based on an application filed by the Wadhawans before the Mumbai sessions court, the non bailable warrant issued against them on the request of CBI was stayed till May 5 on April 18. So, the CBI cannot take their custody till May 5. Hence, both agencies could not take the brothers into custody on Wednesday.

In a Facebook live address, Deshmukh said: “You are aware that because of a grave mistake by one of our senior officers, the Wadhawan family got the permission to travel to Mahabaleshwar. The quarantine period of Wadhawan family gets over today afternoon. That is why our police department has communicated to ED and CBI that they should take their custody.”

“The Maharashtra government will hand over the Wadhawans to the central agencies for questioning. Unlike what has happened in the past when some people escaped to London, we will ensure that these people face the law,” he added.

While CBI had written to Satara police stating that the two brothers should not be released without its nod and the Satara police registered a criminal offence against the 23 for the violation of lockdown, Deshmukh had also ordered a probe into the matter. Sources said that the statements of the concerned parties had been recorded and a report is slated to be submitted to the government in the next few days.

Gujarat: Primary teacher’s initiative to ensure everyone gets study material

Kashmir: Day after doctor tests positive, hospital asks his patients to report back

[unable to retrieve full-text content]The new phone is cheaper than the iPhone 8,...

YouTube reversed my bogus copyright strike after I threatened...

YouTube allowed Warner Bros. to copyright strike my livestream before it even happened....